An important element in Winds of Eternity The Angel Chronicles is the presentation of how man was created. By that we don’t mean how God accomplished the creation, rather, how He fashioned His greatest creation, man. We believe the underlying importance of this topic is reflected by how many scriptural verses in Holy Writ are devoted to it. A quick word search for spirit, soul, body, and their senses and faculties we mention in the book, shows us there are over 2,000 such verses, depending upon the particular translation. 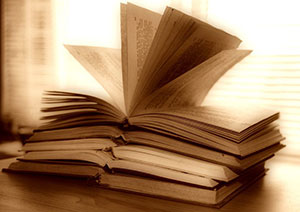 A casual survey of believers suggests that there are certain principal bases for our lack of knowledge regarding how we are fashioned. There is general ignorance of how to compare spiritual things with things that are spiritual. There is an enemy-supported reluctance clouding our natural minds. This reasoning claims that getting diligently serious about such a study will only further divide people of faith. Then there is the centuries’ old spiritual blindness to the importance of such a study. And there is the problem that many teachers promote the idea that such a comprehensive study would be majoring in minor things.

Our hope is that each of you will yield to the Spirit’s invitation to look into this matter. Such a study promises you’ll have a better understanding of how to read scripture, while laying a foundation that will equip you to more effectively engage in battle and finally conquer your own personal promise land. These advantages, and more, will usher in, for you, closeness to the Lord that is reserved only for overcomers and for the few who reach full maturity.

Where is the best place to begin an in depth study of Spirit, Soul and Body?

Our God is a great teacher. Daily, He employs creation’s diffident resources to teach us life’s lessons and reveal complex realities. He employs this principal in His word. The Hebrew Scriptures[i] are filled with images of natural things which teach grand spiritual relevance. So the natural place to begin is in “The Beginning.”

“And Yehovah (יהוה) Elohim (אלהים) formed man [of] the dust of the adamah [ground, land], and breathed into His nostrils the ruach chaiyim [breath, life]; and man became nephesh chayah [soul alive].” Genesis 2:7, Torah Mesheh 1[ii]. (Comments and revisions are our own.)

Above, Moses, who must have understood all this, reveals the basic elements of how man was fashioned. From the ground, Yehovah Elohim formed, or fashioned, man. Man, then, has a body. Yehovah Elohim breathes into man’s nostrils the spirit of life. Man, infused with a personal spirit becomes quickened, whereby his soul is alive. By this act, Elohim did something unique in nature. He created a being which had attributes similar to His own, though not divine.

Does the Hebrew Scriptures expound upon the foundation laid by Moses?

Centuries later, other writer’s, including David, Solomon, and the Prophets, confirm and magnify the foundation laid by Moses in Genesis 2:7. Their writings can be organized in two categories, passages that explicitly mention the words, body, soul, and (personal) spirit, and passages mentioning “types and shadows.”

The Hebrew word, nephesh, translated soul, is mentioned 498 times. Following are some examples of these. (Any bold emphasis is ours.)

“And it came to pass, as her soul was in departing, (for she died) that she called his name Benoni: but his father called him Benjamin.” Genesis 35:18 KJV

“And it came to pass, when he had made an end of speaking unto Saul, that the soul of Jonathan was knit with the soul of David, and Jonathan loved him as his own soul.” 1 Samuel 18:1 KJV

The Hebrew word, ruach, translated spirit, is mentioned in 236 passages. However, of these, 26 are clearly talking about the personal spirit (much more about this, later). Following are some examples of these. (Any bold emphasis is ours.)

“The spirit of man is the candle of the Lord, searching all the inward parts of the belly.” Proverbs 20:27 KJV

“Then shall the dust return to the earth as it was: and the spirit shall return unto God who gave it.” Ecclesiastes 12:7 KJV 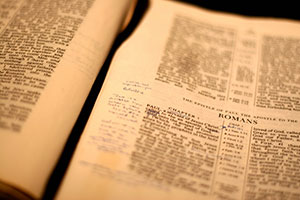 Scripture is also replete with what is commonly called, types and shadows. These are really more than antidotes, metaphors, and allegories, however, thinking of them that way points a student in the right direction. It is much like what we employed in Winds of Eternity The Angel Chronicles. You may think of them as symbols or shadows of the real thing. Such symbols and imageries are capable of conveying a great scope of ideas, while avoiding an entire book, in each of these instances, to do so.

The story of the eagles and the vine in Ezekiel 17, the foxes in Song of Solomon 2:15, and the many mentions of an adulteress wife depicting Israel, are but a few of the types and shadows sown throughout the Hebrew Scriptures.

When working with scriptural symbolism and images, one must follow certain cardinal rules. Understand that several different symbols may represent the same reality in scripture. Some types and shadows hold up very well, however, they eventually break down. Others fail to hold up for more than a simple glance. Much like walking across a pond by stepping on a stone path, all you may see is the top of the stones and you may know little about what is holding them up. One must be sure to check the context in which a symbol appears and not try to force a symbol where it does not fit. Always allow scripture to interpret its own symbols.

The meanings of some symbols may be harder to locate, but scripture does explain itself to those who study it, diligently. In Zukher’s narrative, The Angel Chronicles, God’s instructional technique is used as seen in the book of Daniel. There, images in dreams were eventually explained by Daniel, when anointed by the Spirit.

Do the Greek/Aramaic Scriptures mention spirit, soul and body, and do they agree with what is taught about them in the Hebrew Scriptures?

Yes, in fact, the Greek Scriptures clarify much of what remains unclear when reading the Hebrew Scriptures. One instance of this clarification is mentioned by none other than Apostle Paul. It is sound, and holds up very well to scrutiny. In fact, in this reference we are encouraged to dig very deeply when studying this topic and we are promised a blessing when we do.

We’ve taken the liberty of bracketing certain words in an effort to clarify what Paul is saying here.

“For the word of God is quick [full of life], and powerful [energetic], and sharper [more cutting] than any two edged sword, piercing [cutting through] even to the dividing [dividing into parts] asunder of soul and spirit, and of the joints and marrow, and is a discerner [critic, judge] of the thoughts and intents of the heart,” Hebrews 4:12 KJV (Comments, as mentioned, are our own.)

Here Paul mentions our spirit and soul, but does not specifically refer to our body. Instead of body he writes “joints and marrow.” Why? He is making the point that scripture (he would be referring to the Hebrew Scriptures) is more precise than limiting our knowledge to the three vessels of which Moses wrote. In fact, scripture reveals details about the makeup of the soul and the spirit comparable to the different components of the physical body. In other words, the spirit and the soul can also be dissected into its various parts, just as we are able to separate the body into separate parts.

As Paul writes in one of his letters to the Thessalonians:

“…and I pray God, your whole spirit and soul and body be preserved blameless…” 1 Thessalonians 5:23b KJV

Here, Paul restates plainly what Moses wrote in Genesis 2:7, quoted earlier. That is, we are three vessels…spirit, soul, and body. Besides restating the vessels he also says these three vessels define what the “whole man” is. We are three-in-one. Each of us is our own trinity.

Check back to our website for future articles where we will expand upon this important topic and address several of its provocative questions.

Do not hesitate to contact us if you have any questions about this topic, or any other topic for that matter.

[i] Hebrew Scriptures – “What has been canonized and is commonly referred to as the Old Testament was written in ancient Hebrew. However, after the exile in 538 B.C. the language of Israel was mostly Aramaic, though a revival of sorts of the Hebrew language occurred during the Maccabean era it was all but replaced in everyday usage by Aramaic.” Katie Hall, communications coordinator for the Bible Gateway and lives in Grand Rapids, MI.