This is an exciting day for us, here at Winds of Eternity!

When we finished the manuscript of our first book in the series, “Winds of Eternity: The Angel Chronicles,” we determined that our major goal for dissemination of the book was the opportunity to share…not just the content between the covers, but of the proceeds, as well. And here we are!

After receiving permission from the following organizations, we are pleased to announce that 50% of net profit from the book receipts, having started with the first day of January, 2016 through Memorial Day, May 30th this year, will be divided between two of our favorite charities. We’ll give you, here, a quick overview of them, with a little info on who they are and a link to each website, in order that you find out much more about them. You will then see why these ministries were chosen. We’re planning on adding a third ministry to these and we’ll fill you in when this comes to fruition. 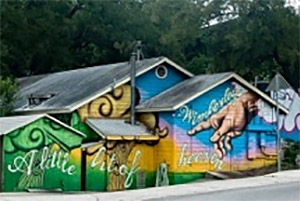 Our sincere interest in supporting Camp Freedom 14 began several months before we had more than a simple, friendly interest in each other. We encountered this dynamic couple, Mike and Tawnya Hogan on a Thursday evening in the summer of 2012. They were featured speakers where a large group of people gathered who were earnestly seeking greater intimacy with the Sovereign we reverently mention in our book. While Mike and Tawnya shared their testimony, it became quite clear that here was a couple with a vision brought about by God. There was no other way to explain it. Their personal testimony was peppered with miracles and saving grace. Those of us who were listening embraced the vision they shared. So much so that many began supporting Camp Freedom 14 with their talent, finances, and volunteered time.

From very humble beginnings the vision has grown into a reality. We have found their faith and commitment to be genuine and worthy of our support. 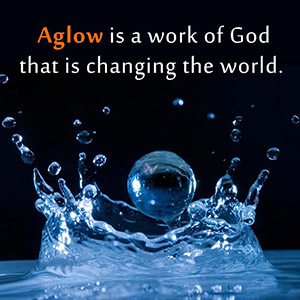 JJ first crossed paths with Aglow’s ministry in the 80’s when they were called Women’s Aglow. It was then when his spiritual mother, Vera, began attending local meetings and soon became the head of that local chapter. It was easy to see through her eyes, and hear from her lips, how Aglow’s efforts were instrumental in transforming so many women. He confesses a little righteous envy of the testimonies of God moving in these meetings.

Today, Aglow spans the globe! And it continues to reach out to women – and men – of every creed, color, and culture, and, through women especially, to families worldwide. Their website claims that over 4,600 Aglow groups meet worldwide: about 68% of them are outside the U.S. (over 3,000 groups). More than 22,000 Aglow leaders worldwide minister (in their churches, communities and nations) to an estimated 17 million people each year. Indigenous leaders are overseeing Aglow groups in over 170 nations.

On a personal note, an Aglow regional gathering in Austin, in October of 2012, played a pivotal role in our lives. Together we have traveled to regional meetings in Texas and, as well, far and wide to attend their National and International conferences, while fully embracing their vision, and ministry.

We welcome you to join us in praying for these ministries by supporting their work directly through their websites or by purchasing our book. We are certain you will be blessed by doing so.